Yes, I want to play a game, and then another and another. 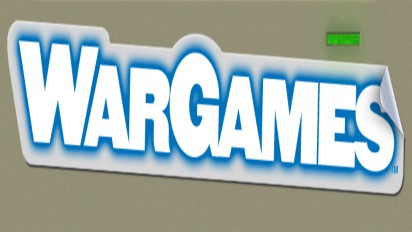 We might laugh about the 80ties for having a weird sense of fashion with wicked hair, strange color combinations for clothes and a fully evolved science fiction for the public. But those days we had some real concerns in the world. It was at the height of the Cold War between the West, and the Eastern Block. We needed to escape with Vanilla Ice hairdos, Twisted Sister clothes and movies like E.T and Back to the Future. The Cold War could have meant the end of mankind on any given day. The notion of a red button in Moscow and one in Washington was a reality. Most of the entertainment tried to play down the threat or at least making it less threatening. The movie WarGames went in the opposite direction showing how vulnerable we were to the Nuclear Holocaust. It showed a simple way to initiate the end of the world by playing a game on your home computer. It was scary, and the movie shocked many viewers.

Now we live in the post-Cold War era, and most young people have no clue how close the end was. From the Cuba Crisis in 1962 up to the fall of the Berlin Wall, we were all puppets waiting for the masters to decide our fates. These days the WarGames movie is by no means threatening to anyone, and the tech shown is dated. Still, I think everyone should see the movie to get a history lesson, as well as a movie that still entertains. It is also worth seeing again to get into the world that WarGames: WOPR the game is based upon.

WarGames: WOPR is basically a reskinned version of Dungeon Raid. A match three game where you draw your matches and strategy is a huge part of the gameplay. The difference between WarGames and Dungeon Raid are for one WarGames has a story and two it is played out as duels. This gives the game a real progression, and it is exciting to sample more of the story that in part is lifted from the movie, and in part expanded by the developer. Despite having a story the game still manages to be as addictive as Dungeon Raid that still has a place on my phone.

You have to stop the nukes in a number of simulations. Making matches is easy, but you have to plan ahead. The enemy nukes go off in a set number of moves, and you have to match them with nuke tiles to soften the blow. In the best case, you manage to remove them completely. If you fail to remove a nuke when it goes off it takes a chunk out of your health. Every time you match nuke tiles you attack the opponent. To get more health you match the health tiles. The enemy also has a health powerup that you have to remove to avoid healing the enemy. Tech tiles allow you to use powerups, and money gives you the chance to purchase in-game powerups or upgrade between levels.

The game is so fluid, and quick to play that it is easy to get completely hooked. With the original synthesized computer voice from the movie giving encouragement, it is just the icing on the cake. I love everything about the presentation that takes me back to both the movie, and to my first experiences with computers. They were ugly but still had more personality in one 486 than the entire yearly line-up from Dell.

The game comes with excellent Game Center integration that allows for save games to work across devices. This is a must for any universal game, and WarGame: WOPR really works in this regard. There are also high scores, and achievements through Game Center.

The game does have some IAP options to buy the in-game currency, but I really don’t see it as mandatory or even optional to progress. By just playing, and learning the different powerups most should be able to trudge ahead in the story. Still, this is the kind of game where it doesn´t really matter if you beat a level since the gameplay in itself is so fun that replaying a level isn’t a big deal.

WarGames: WOPR has almost everything in my opinion. Great gameplay, great old-school presentation and a story that is worth following. The only thing lacking that I would love to see is some kind of asynchronous multiplayer. As it sits it gets my Editor’s Choice award, and I will keep it in mind when December comes for nominees for game of the year in both puzzle, and casual categories. Now I will play one more game.