Santa’s Quest: counting down to Christmas in a jolly way

Bouncing around with Santa 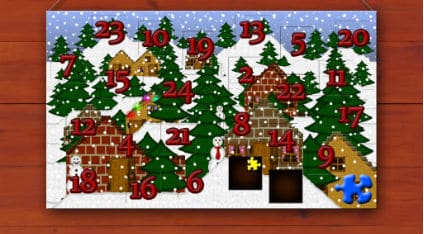 German developer Rebusmind just launched Santa’s Quest, a jolly game with fun physics and Christmas-themed gameplay. The special thing about the game is the way levels are unlocked: by waiting patiently for the (right) days to come. Levels are presented in a nifty Advent Calendar and each day a new level unlocks. With new levels, the difficulty increases, making bouncing around (the main way of transportation between chimneys and rooftops) quite challenging. Santa’s Quest revolves around bouncing on rooftops while grabbing the presents scattered throughout the world.

There are numerous Santa-themed games out there in the crowded App Store, but Santa’s Quest jumps out with its jolly graphics, bouncy physics gameplay and the original level select screen. The game is available in the App Store for $ 0.99.