E3: The Cave for iPad Hands-on 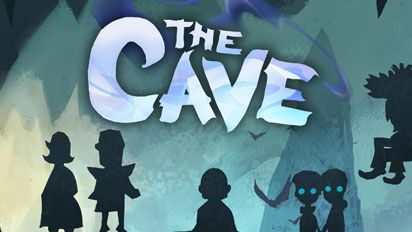 SEGA showed off a port of The Cave for mobile, coming this summer…

The Cave is an adventure puzzle platformer by Ron Gilbert, where you take control of a team of explorers as they travel deeper into the cave. Released through SEGA by Double Fine onto consoles and PC’s earlier this year, the game is now making its way to iOS. 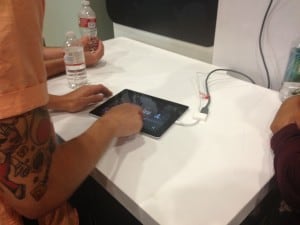 The biggest challenge for the team at SEGA is no doubt porting the controls to touch screen. But, what they’ve done is pretty intuitive. Instead of mapping the characters movement to virtual thumb-sticks and buttons, you tap (or drag) where you want to move and perform gestures for jumping. If you’ve played Lost Winds on iPad then you’ll have no problem here. I did get stuck a few times, or fall into spiked pits more than usual, but once I got the hang of it it was plain sailing.

As well as general platforming there also many puzzle elements in the game, requiring you to search out objects to unlock closed off areas. Picking up these objects or activating machinery is performed by walking into an object to grab it and then walking into the machine to place it there – such as placing a wrench onto a well and pulling up the bucket.

Switching characters is as simple as tapping the relevant character icon at the bottom of the screen (much like the switcher on the Wii-U version, only much smaller).

The graphics look just as good on this iOS version as on the other platforms, possibly bettered only by the high resolutions of the PC and Mac versions. The frame-rate is smooth and the atmospheric effects suitably moody. The sound was not set high enough in my demo, but I’m told that the much loved witty voice over work from the original is all there.

The Cave is looking promising and, if priced well, could be the definitive version to pick up later this summer.