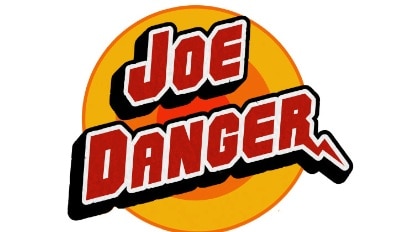 Originally posted June 7, 2012 – Joe Danger is a race/platformer hyrbid whic came out on PSN and Xbox Live in 2010. In it you play as Joe – a motorbike stunt man – and are put through various trials to test your skills.

While working on Joe Danger 2, the team at Hello Games began to play with the iOS platform as a possible avenue for future games. What began as a pet project to see what was possible on the platform soon escalated. Using assets from Joe Danger it wasn’t long before they had a working prototype of Joe running on iPhone.

Today we were shown an early – in-developement – build of the game. Interestingly the team were not keen on simply porting the console experience over to iOS, and instead felt that a version of the game that suited the platform was of the upmost importance. The resulting game is somewhat of a hybrid of sorts, with the core Joe Danger mechanics mixed with that of an endless runner.

Instead of a touch screen full of virtual controls, Joe Danger on iOS features tap and swipe gestures to perform moves, while direct control of Joe’s speed is automated. For example, to clear an obstacle you can jump by tapping the screen, hold to duck, and in some instances tap directly on the obstacle itself. As you advance, the levels become more intricate, and feature more and more obstacles that require different touch-based techniques to beat.

While the levels are essentially 2.5D, it is possible to move between areas of the track. To do this Hello Games have added gates (think the junction points on a rail track) which when swiped will open a path to other sections, allowing you for example to collect coins, or avoid a larger obstacle. Between jumps you can pull off various tricks by simply swiping Joe while he’s air-born (think Tony Hawk Pro Skater 2). All these elements added together create a manic, but fun, platforming experience.

Unlike an endless runner, the levels in Joe Danger are short and sweet, allowing you to complete each one in just a few minutes. You are rated at the end of each level, with the usualy 3 star rating giving you a reason to go back later for full completionists. In this build, the levels were only tutorial based – one after the other – these feature a Mole character who teaches you new tricks and skills each time. However, in the full game these will be spaced out, giving you time to master each one – and more importantly not be hounded and interupted every level by the Mole.

Joe Danger for iOS is shaping up to be a gem of a game that will appeal to casual and hardcore gamers alike. If done right this could be the next big thing to hit the AppStore. So far it’s my iOS  game of E3.

We hope to meet with Hello Games in the coming weeks, so look out for more info very soon.